A Musical Evening with John McDermott 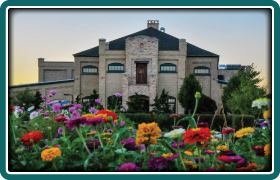 In 2013, the Hacienda Sarria hosted a musical evening with Scottish-Canadian tenor John McDermott, in support of The Working Centre and McDermott House Canada. The event was so successful that we were asked to participate in the March 2014 event.

As snow turned to sleet in the hibernating urban garden outside, two hundred people from different walks of life, including local business owners, lovers of the arts, Working Centre and Hacienda Sarria Market Garden workers and volunteers, gathered together in the Hacienda Sarria.

Dancers from The Doyle Academy of Irish Dance kicked off the evening, before local musicians Suzanne Doyle and Alysha Brilla filled the hall of the converted sugar beet mill with heartfelt, funny, and lively music. John McDermott sang a set of classic tunes, including a duet with local singer AJ Bridel.

The concept for this event came out of the vision of John McDermott. John performs across Canada in support of McDermott House, which promotes quality of life for veterans, military, first responders and community patients facing the final stage of a terminal illness. As a commitment to the communities that host him, he partners with a local charity each time he plays a fundraising concert. In Kitchener, a collaboration with The Working Centre grew through John’s friendship with Police Chief Matt Torigian and local businessman Ron Doyle, who hosts The Working Centre’s market garden at the Hacienda Sarria. Altogether, the 2014 event raised over $25,000 to support The Working Centre and McDermott House.