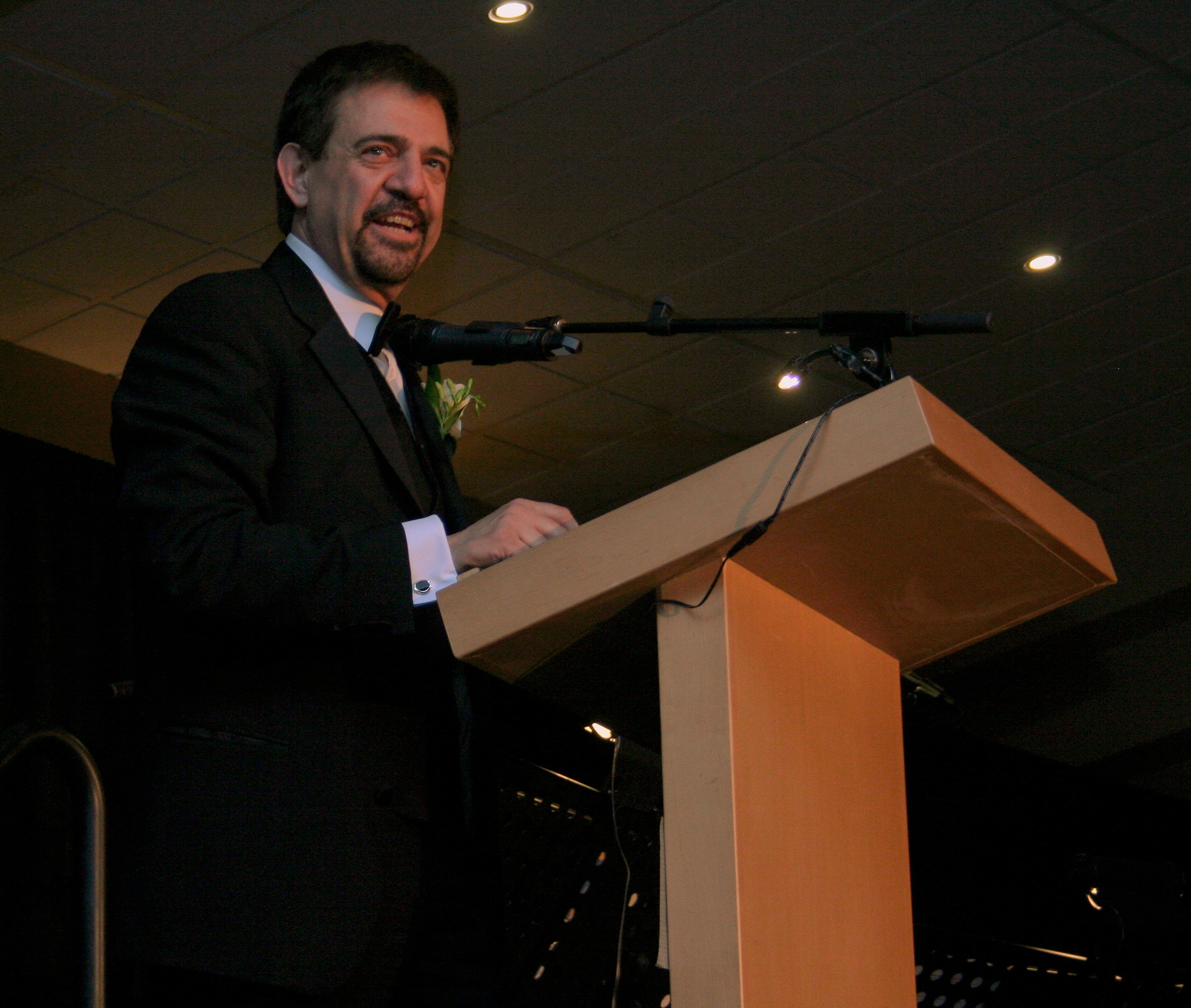 For the 950 people attending the 27th Annual Mayors’ Dinner on April 5, it was a night of singing, dancing and comedy as the community honoured this year’s Guest of Honour, Alex Mustakas, Artistic Director & CEO of Drayton Entertainment.

It was one of our most successful dinners yet - and probably the most fun!

Recognized for his efforts in fundraising and supporting a wide range of charities, Alex was also honoured for his accomplishments as a booster and builder in the arts and cultural sector. Always a natural performer, he has been at the helm of Drayton Entertainment for almost a quarter century. So the audience was expecting to be entertained. No one was disappointed.

Drayton alumni performed musical numbers such as Danny Boy, Whiter Shade of Pale, Twist and Shout, and He Ain’t Heavy, He’s My Brother. The evening also included a Celtic music and dance presentation, a magic act and members of the Waterloo Regional Police Services singing. Alex’s wife Jackie Mustakas had the room laughing in a sketch as a fictional Grade 3 teacher, Mrs. Irene Lipschitz. Their children, Hadley and Lukas, poked fun at their dad’s attention to his hair.

As Steven Karcher, Executive Director at Drayton, noted in the last issue of Good Work News, “Alex embodies the spirit of entrepreneurship, creativity, and genuine passion that makes Kitchener-Waterloo such a desirable place to live, work, and of course, play. He has played a leading role in the development of Waterloo Region for several decades. And, he’s not done yet. We’ll just have to wait and see what he does as an encore.”

Amidst all the laughter and cheers, the event raised more than $68,000 to support the projects of The Working Centre and St. John’s Kitchen. That wouldn’t have been possible without Alex’s generous contributions and everyone associated with Drayton Entertainment. We are grateful for the support of our major sponsor Bell. Our 11 Patrons, • Erb & Good Family Funeral Home • Giffen LLP • Jack and Marcia Redmond • Lyle S. Hallman Foundation • Mattamy Homes • MHBC Planning • St. Jerome’s University • St. John’s the Evangelist • Bob and Judy Shantz • The Steve Menich Family.

Thank you to all the Contributors, and individuals and businesses who contributed 80 auction items, and the hundreds of people who attended the dinner and helped make the evening a success.

Thank you to those who made exceptional contributions to The 27th Mayors’ Dinner!